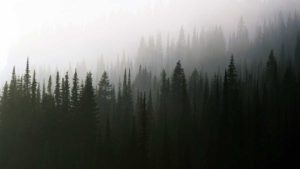 Recently I read an article in The New York Times Magazine about David Lynch, the director of films such as Blue Velvet and Mulholland Drive, and the TV series Twin Peaks. Although his work tends to be surrealistic and often quite dark and violent, the article revealed that Lynch has been practicing meditation for the past 40 years, specifically Transcendental Meditation, or T.M., as first promoted by Maharishi Mahesh Yogi.

He has even created a foundation to spread knowledge of meditation as a way of fostering world peace. According to the Times story, Lynch has been on a two-year global speaking tour of more than 30 countries, during which he talks “to mostly college-age audiences about meditation, creativity and peace.”

David Lynch’s meditation compared to mine

I find that fascinating, although the kind of meditation I have been doing during my journey of self-realization is somewhat different from the kind David Lynch does, which involves using a silent mantra. But the important thing is that a Hollywood director with worldwide visibility is promoting meditation as a way to lift the human spirit and generate world peace.

I believe that everyone has the potential to achieve Self-realization by meditating, and clearly if more and more people are spending time in meditation that will eventually have a transformative effect on the world.

What attunes some people to meditation?

But did you ever wonder why some people are so readily attuned to meditation, while others seem terrified and have trouble sitting quietly even for five minutes? The answer is that it is all about where we are in our evolutionary growth. When I was following my path to self-realization I often spent several hours a day in deep meditation, which may be more time than most people have.

Practitioners of TM, like David Lynch, usually advocate meditating for 20 minutes at a time, twice a day.

But if five minutes a day is all you can manage right now, that’s a start.

Even five minutes of quietude will help your mental and physical well being. As time goes by, you may naturally feel drawn to spend slightly longer times in meditation, to sit in the morning and the evening, or to find a teacher to help you develop.

If you have any questions regarding meditation, or about anything else you may read on this Web site, please feel free to make a comment here.

You can also ask me a question directly!